Criminalization is a direct threat to the HIV response (scientific evidence)

Every year, in dozens of countries in every region of the world, people living with HIV are prosecuted for HIV non-disclosure, perceived HIV exposure or, in rare cases, allegedly knowing transmission of the virus. Some of these prosecutions are based on HIV-specific laws while others use general laws, such as assault and battery. Civil society advocates and public health experts have long decried these laws and prosecutions as a human rights violation: they stigmatize people living with HIV and discourage people from learning their HIV status.

But there is a separate, equally important reason to reject this approach: these laws and prosecutions are contrary to current scientific evidence.

In July, during the 22nd International AIDS Conference, researchers from around the world came together to publish the Expert Consensus Statement on the Science of HIV in the Context of the Criminal Law, which is now available through the Journal of the International AIDS Society (JIAS). The document outlines the scientific evidence that proves that criminalization is a direct threat to the HIV response. It is the first of its kind, and it has taken us years to get to this point. 30 years of fighting AIDS: get tested and “Chase the virus, not the people!”News 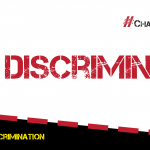 ﻿Support “Chase the virus, not the people!” Campaign on “Zero Discrimination” Day!News