The national slogan of the media campaign of Armenia: Make the Community Voice Heard. The campaign was accompanied by a round table discussion on “HIV prevention, care and treatment in the context of protecting the right to health” organized by New Generation with financial support from the ECOM and Elton John AIDS Foundation. Guests and participants of the meeting had the opportunity to express their solidarity with the campaign, taking pictures on the banner background with the campaign slogan. Guests who joined the campaign received symbolic gifts (cups and stickers) with the campaign slogan.

Press release of the media campaign can be found here. 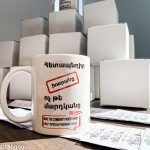 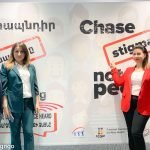 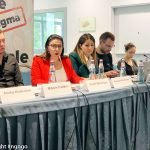 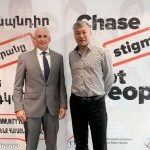