The team of the “Kyrgyz Indigo” Public Association held a number of informational, cultural, educational and sport events during Week #IDAHOBIT2019 from May 13 to 18.

During the Week, representatives of LGBTIQ communities got the opportunity to attend the documentary demonstration “(Un)Safe Kyrgyzstan”, a discussion with lawyers and human rights activists about rights, queer workshops on the topic “Sex, Family and Art”, marathons of solidarity, the game “Encounter” and grand evening in honor of the Week closing. The week was truly eventful thanks to the active participation of the communities, the extensive program and the emotional involvement of the participants.

Events held in honor of the International Day against Homophobia, Transphobia and Biphobia also affected health issues – a game was held on knowledge of the HIV facts.

Representatives and representatives of LGBTIQ communities actively participated in the events. Events of the Week were attended by over 500 people.

“The week was one of the largest events in the history of “Kyrgyz Indigo”, and we want to say thanks to everyone who was part of it. We are convinced that only by joint efforts, mutually supporting and assisting each other, we can build an equal and fair world for LGBTIQ communities,” the organization representatives stressed. 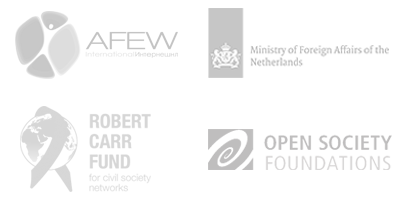